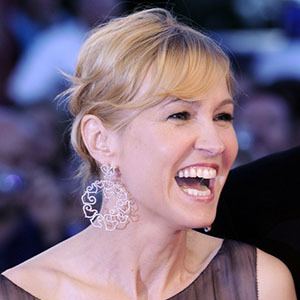 Most Popular#132923
Actress Born in Lithuania#2

She started appearing in theatrical productions like Madam Butterfly at the age of four. She graduated from the Lithuanian Academy of Music and Theater and later in 1985 joined the Kaunas State Drama Theater.

She is known for having won the Nika award in 1995 for Best Actress for her role in the film Podmoskovnye Vechera.

She was born and raised in Vilinus, Lithuania. Her father was a diplomat and her mother was a meteorologist.

She has also starred in several top Hollywood films including Mission: Impossible where she appeared alongside Tom Cruise, Jon Voight, and Henry Czerny.

Most Popular#132923
Actress Born in Lithuania#2

Ingeborga Dapkunaite Is A Member Of