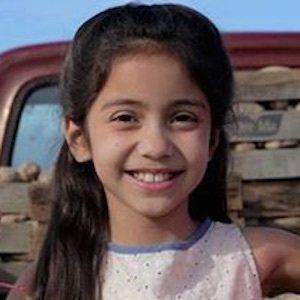 Most known for her role as Isabella on the ABC series Cristela, this child actress also had roles on Nickelodeon's Sam & Cat, NBC's The Night Shift and NBC's Superstore.

She began studying musical theatre at the age of four. By the age of nine, she had appeared in commercials for McDonalds and Ore-Ida and had made her series debut in an episode of Brooklyn Nine-Nine. She was a student at Fairmont Private Schools on the Anaheim Hills Campus.

When not filming television episodes, she trained in the martial art of TaeKwonDo.

She grew up alongside her older sister in Littleton, Colorado. She often posts pictures of her family on social media.

She had a recurring role in NBC's Superstore starring America Ferrera.

Isabella Day Is A Member Of