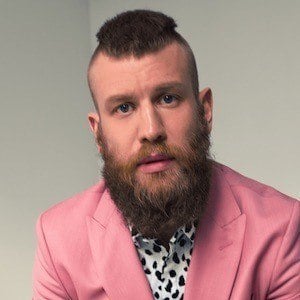 Pop music performer and television personality who rose to fame as a member of the band Para Normalnyh. In 2016, he acted as one of the celebrity judges on the reality singing competition The Voice Ukraine.

In 2006, he co-founded the music duo Para Normalnyh.

He began recording his first English language album in 2017.

He married Anastasia Novikova in 2013.

He was photographed with legendary record producer Quincy Jones in 2017.

Ivan Dorn Is A Member Of