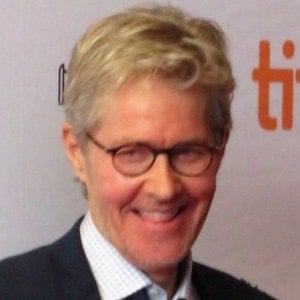 John Charles MacKenzie was an actor best known for his portrayal of Reagan "Normal" Ronald in Dark Angel and Skip Fontaine in Vinyl. Film credits of his include He Got Game, The Day The Earth Stood Still and Molly's Game.

He studied at Concordia University and the London Academy of Music and Dramatic Art.

His breakout TV role was in Murder One.

He was one of four sons born to nurse Mary and pharmacist Bill MacKenzie. He married screenwriter Erin Cressida Wilson and had a son named Liam.

He was cast in several Martin Scorsese pictures, including The Aviator, The Departed, The Wolf of Wall Street and The Irishman.

The Irishman
The Aviator
The Hunt
More