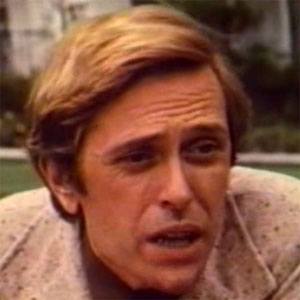 Portrayed the character of Jack McGee in the television adaptation of The Incredible Hulk from 1977 until 1988. He was also well known as Dr. Ardmore in the feature film Child's Play.

He was already performing on the stage as a child. He became a private student of Russian-American actor and theatre practitioner Michael Chekhov when he was 17 years old.

He has performed in notable titles on stage such as Romeo and Juliet, The Importance of Being Earnest, and Long Day's Journey into Night.

He was born in Lyndon, Kansas and died in North Hollywood, California.

He has appeared on The Dean Martin Show, The Ed Sullivan Show, The Tonight Show, and numerous others.

Jack Colvin Is A Member Of