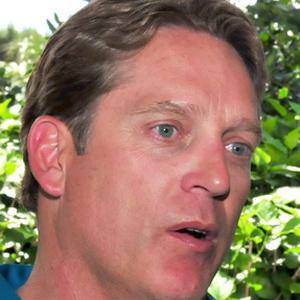 Head coach of the Jacksonville Jaguars from 2003 to 2011, leading the team to the playoffs twice, but losing both times to Tom Brady and the Patriots. He then served as defensive coordinator of the Denver Broncos from 2012 to 2014 before becoming head coach of the Oakland Raiders.

He was a high school baseball and football teammate of MLB manager Don Wakamatsu. He then became an All-American linebacker at USC.

He had to show up for an interview wearing rival UCLA's colors in 2006 after losing a bet.

He married wife Linda in 1988, and together, the couple had four children.

He served as the strength and conditioning coach for the New Orleans Saints under Mike Ditka.

Jack Del Rio Is A Member Of