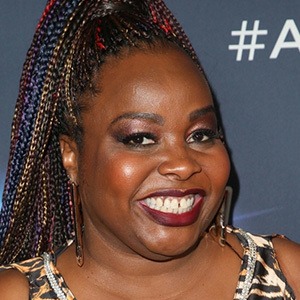 Stand-up comedian and comedy writer who is best recognized for having starred on the fourteenth season of the competition series America's Got Talent. She is also an author and motivational speaker who is known for her Find Your Fabulous book series.

After moving to Los Angeles and earning her law degree, she chose to pursue her passion of stand up comedy. She went on to work as a writer for the series Young & Hungry and gained further attention when debuted on America's Got Talent in May of 2019.

She performed at the Laugh Factory as part of the All Star Comedy lineup which included Greg Fitzsimmons as well as Ken Jeong in August of 2019.

She was born and raised in The Bronx. She shared a photo with her father to Instagram in June of 2019.

She shared a photo with fellow America's Got Talent competitor Benicio Bryant to her Instagram in August of 2019.

Jackie Fabulous Is A Member Of