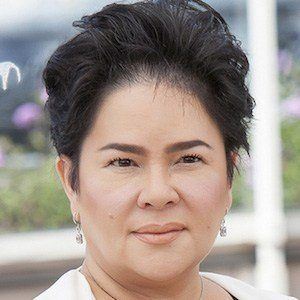 Decorated actress who earned a 2004 Film Academy of the Philippines Best Supporting Actress Award for Naglalayag.

She earned her first credited film role at age 20 in the 1984 film Chicas.

She starred in the soap opera, Kahit Puso'y Masugatan, as Ester.

She dated for over a decade before they married.

She acted with Sharon Cuneta in the 1987 film Jack & Jill.

Jaclyn Jose Is A Member Of