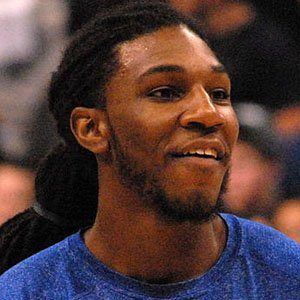 NBA forward known for his hustle and his three-point shot. He played for the Dallas Mavericks from 2012 to 2014, then the Boston Celtics from 2014 to 2017. He spent the first half of the 2017-18 season with the Cleveland Cavaliers before a trade sent him to the Utah Jazz.

He played quarterback and point guard at Villa Rice High School in Georgia.

He was born to Corey Crawford and Helen Thompson and has seven siblings. His father played in the NBA for the Utah Jazz and the San Antonio Spurs.

He played alongside power forward Dirk Nowitzki on the Dallas Mavericks from 2012 to 2014.

Jae Crowder Is A Member Of