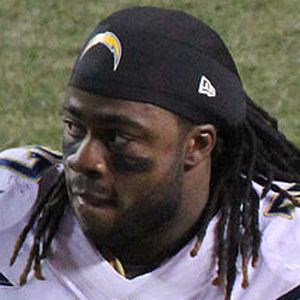 NFL safety who played in all 16 games for the Chargers, while recording 38 tackles during his 2013 rookie season. He was not selected in the 2013 draft.

He was an all-county safety and running back at Riverview High School.

He had over 85 tackles and recorded 4 interceptions in each of his last two seasons at Central Michigan University.

His father's name is Freddie Addae.

He was teammates with veteran safety Eric Weddle during his rookie 2013 season on the San Diego Chargers.

Jahleel Addae Is A Member Of