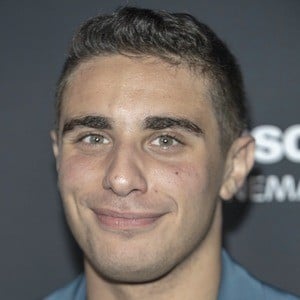 Broadway actor from the 2015 Larry David comedy Fish in the Dark who had previously appeared in several episodes of Showtime's Nurse Jackie.

Between 2014 and 2016, he was featured in short films called Interior Teresa, Grapes, Fade and Send.

Jake Cannavale Is A Member Of