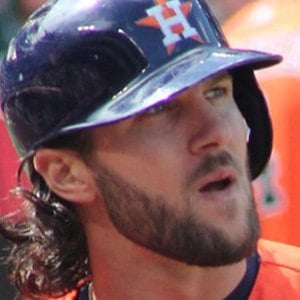 Outfielder who has risen to fame for his career in the MLB, including for the Houston Astros beginning in 2014. He won the 2017 World Series as part of the team while on their 40-man playoff roster injured.

He was drafted by the Toronto Blue Jays in the 2009 MLB Draft's third round. He decided to forego playing college baseball for the Oregon Ducks and sign with the Blue Jays.

He was originally born in Tampa, Florida before being raised in Riverside, California.

He has played in the Houston Astros' outfield alongside Josh Reddick.

Jake Marisnick Is A Member Of