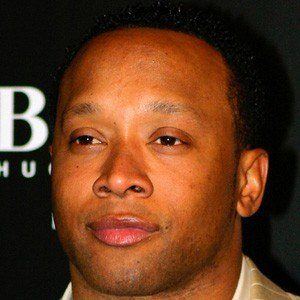 Former NFL running back who led the NFC in rushing in 1998. He spent his entire 8-year NFL career with the Atlanta Falcons.

He was drafted in the 7th round of the 1994 NFL draft after playing for the University of Utah.

He earned his only career Pro Bowl selection after leading the Falcons to Super Bowl XXXIII in 1998.

He was teammates with quarterback Chris Chandler on the Atlanta Falcons from 1997 to 2001.

Jamal Anderson Is A Member Of