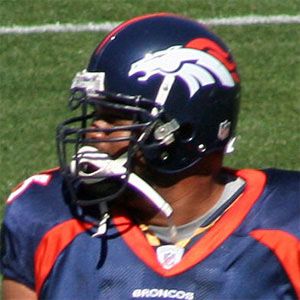 Nose tackle who played in the NFL from 1998-2010, spending all but one year with the San Diego Chargers.

He played college football at Oklahoma State University, and was selected in the 2nd round of the 1998 NFL draft.

He married singer Surel Williams in 1999, and has two children with her.

He was part of the Chargers 50th Anniversary Team, alongside defensive teammate Junior Seau.

Jamal Williams Is A Member Of