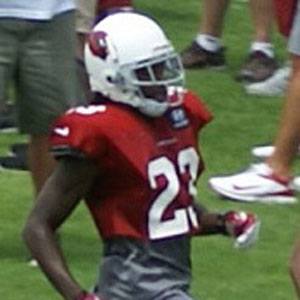 NFL cornerback who recorded 26 tackles while playing in 17 games during his first two NFL seasons.

He had 131 tackles and 7 interceptions during his last two seasons at the University of Oklahoma.

He was drafted with the 80th pick of the 2012 NFL draft by the Arizona Cardinals.

He was born to Ralph and Sharon Fleming in Edinburg, Texas.

He joined Maurice Jones-Drew on the Jacksonville Jaguars in 2013.

Jamell Fleming Is A Member Of