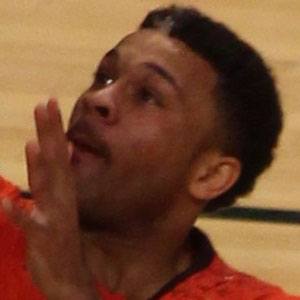 Shooting guard who began his college basketball career with the Indiana Hoosiers in 2014. He was previously a McDonald's High School All-American coming out of Marion High School in Marion, Indiana.

He was born in Chicago, Illinois and attended Bishop Luers High School in Fort Wayne, Indiana before transferring to Marion.

He won the three-point contest at the 2014 McDonald's All-American Game.

He has brothers named Vijay and Jalen. His father is James Blackmon, who played college basketball with the Kentucky Wildcats.

He has been coached by Tom Crean at Indiana University.

James Blackmon Jr. Is A Member Of