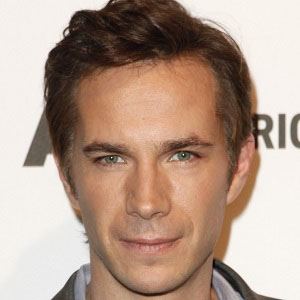 Famous for his role as Edwin Jarvis on the ABC series Agent Carter, he is also notable for his portrayal of Lee Ashworth on the British crime series Broadchurch. His film credits include roles in Jupiter Ascending, Cloud Atlas, and Hitchcock.

After completing his training at the London Academy of Music and Dramatic Art (LAMDA), he made his television debut in a 1996 episode of Silent Witness.

He received a 2002 Ian Charleson Award nomination for his performance in an English theatrical production of Edward II.

He and his sister Charlotte spent their early years in the London Borough of Hammersmith and Fulham.

He was cast alongside Milla Jovovich and Pierce Brosnan in the spy movie Survivor.

Dunkirk
The Snowman
After the Dark
More