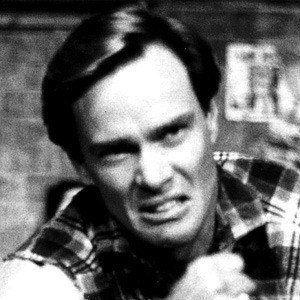 Actor who played a memorable role in Spies Like Us. His performance as the snobby Gregg Marmalard in Animal House bolstered his fame.

He had his first acting role on an episode of Fox Television's Room 222.

He became famous for stripping naked in the 1982 film, The Beach Girls.

He was raised alongside his younger sister.

He starred with Tim Matheson in National Lampoon's Animal House.

James Daughton Is A Member Of