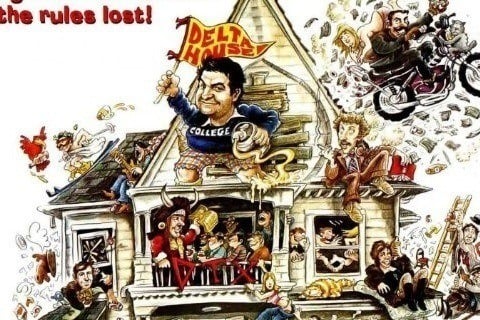 Classic John Landis directed comedy about a rowdy fraternity that is on the verge of being kicked off their college campus in 1962. It was ranked #1 on Bravo's 100 Funniest Movies of All Time list in 2013.

The film was the first feature produced by National Lampoon, who would go on to make several more popular comedy films including the Vacation film franchise.