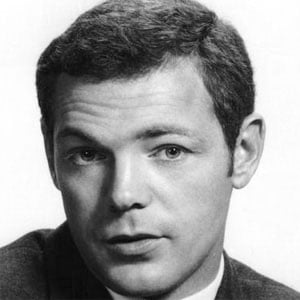 Scion of the acting family who played Dano on the popular sitcom, Hawaii 5-O.

He starred in the Disney adventure films Kidnapped and Swiss Family Robinson.

At the end of almost every Hawaii-O episode, his on-screen cop would be instructed: 'Book him, Dano.'

His mother Helen Hayes was considered the First Lady of the American Theatre, while his father wrote several memorable comedies with Ben Hecht.

Jack Lord was his co-star on Hawaii Five-O.

James Macarthur Is A Member Of