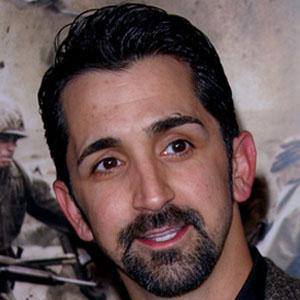 Teen actor who played roles in the '90s films The Basketball Diaries, Hook, and USA High. He also played Young Mac in Mac and portrayed Joey in Hero.

He had his first acting role in Hook at age 16 while attending Lehman High School in New York.

He gained recognition for playing Sgt. Frank Perconte in the acclaimed miniseries, Band of Brothers.

He grew up with six siblings in the Bronx, New York.

He did voice acting with Jack Black in the 2004 animated film, Shark Tale.

James Madio Is A Member Of