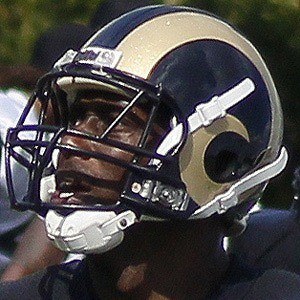 Tight end who made his NFL debut in 2009 for the Tennessee Titans.

He played at the University of South Carolina, before being selected in the 3rd round of the 2009 NFL draft.

After four years with the Titans he signed a five-year contract with the St. Louis Rams in 2013.

He played for coach Jeff Fisher in Tennessee and in St. Louis.

Jared Cook Is A Member Of