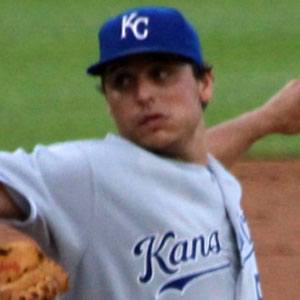 MLB starting pitcher who debuted with the Florida Marlins in 2005 and pitched for the Seattle Mariners from 2009 to 2012. He signed with the Kansas City Royals in 2014 and helped the team win the 2014 AL Pennant and the 2015 World Series title.

He attended Cypress College, where he was named Junior College Player of the Year.

He was traded from the Mariners to the Los Angeles Angels in 2012 in exchange for slugging first baseman Kendrys Morales.

His father was a baseball coach at Victor Valley High School.

He became teammates with pitcher Jeremy Guthrie on the Kansas City Royals.

Jason Vargas Is A Member Of