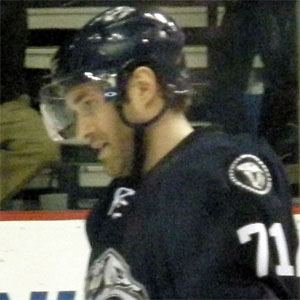 Right winger who made his NHL debut in 1998 for the Chicago Blackhawks, later playing for the Buffalo Sabres and Nashville Predators.

He played for the Val-d'Or Foreurs in the Quebec Major Junior Hockey League.

He was the third overall pick in the 1996 NHL draft, going to the New York Islanders.

He has four daughters: Mya, Ella, Ava, and Laila.

Acrobatic goaltender Dominik Hasek was his teammate on the Sabres.

Jean-pierre Dumont Is A Member Of