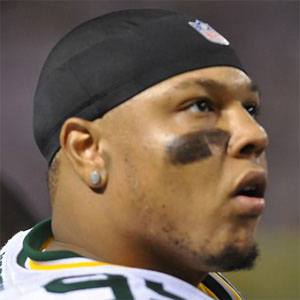 Defensive end who was the 51st overall pick by the Green Bay Packers in 2012.

He was recruited by Michigan State after 50 tackles and 10.5 sacks as a senior at Wayne High School.

He was a Consensus All-American with 10.5 tackles for a loss and 3.5 sacks his senior season at Michigan State University.

His father suffered from a stroke in 2010.

He started playing alongside BJ Raji on the Packers defensive line in 2012.

Jerel Worthy Is A Member Of