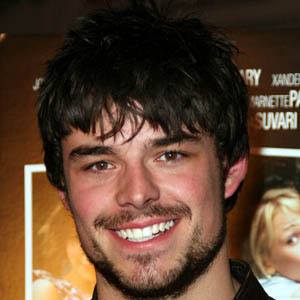 Known for his role as Jimmy Riley in the NBC series American Dreams, he also appeared in episodes of Dark Angel, Smallville, and Peacemakers.

After attending Algonquin College of Applied Arts and Technology in Canada, he worked for several years as a wilderness excursion leader.

He played the role of Trey in the 2003 film Freddy vs. Jason.

He was born Jesse Hutchakowski in Alberta, Canada. He married a woman named Loreili and together they welcomed a son.

He played the love interest of Brittany Snow's character in American Dreams.

Jesse Hutch Is A Member Of