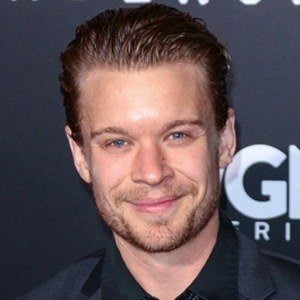 Television actor recognized for his portrayal of Jimmy Tolan on the FX series Justified. His career as an actor began with his casting in the 2008 short film Starlet.

During his youth, he played both baseball and football. He also enrolled at Colorado State University.

He made an appearance as "Shirtless Guy" in a 2010 episode of the ABC Family series Greek.

He is from Colorado Springs, Colorado.

During his 23-episode stint on the FX series Justified, he appeared on screen with fellow actor Timothy Olyphant.

Jesse Luken Is A Member Of