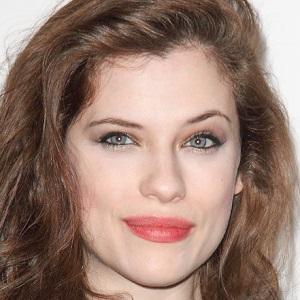 After playing a recurring role on the CW series Arrow, this actress landed roles as Mina Murray on NBC's Dracula and as Elizabeth Hawkes on WGN's Underground. Her other credits include episodes of Tricky Business and Underbelly: Razor.

She earned a performing arts degree from Curtin University in Perth, Western Australia. She first appeared on television in a 2006 episode of The Sleepover Club.

Before relocating to Los Angeles, California, she made her big screen debut in an Australian film titled Kath & Kimderella.

In 2013, she became romantically involved with her Dracula co-star Oliver Jackson-Cohen.

She and Jonathan Rhys Meyers were both in the cast of the short-lived Dracula series.

Jessica De Gouw Is A Member Of