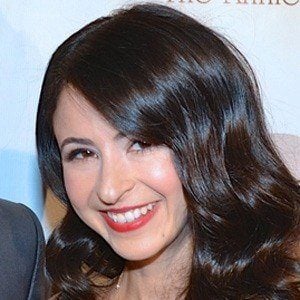 Voice actress well known for her roles as Flame Princess in Adventure Time and as multiple characters on the Nickelodeon series Winx Club. She has also voiced Maggie in the Buzz on Maggie.

She got her start on the Disney Channel film In the Nick of Time.

She received a Daytime Emmy nomination in 2008 for her work in the Emperor's New School, but lost to Eartha Kitt.

Her father, Bobby Di Cicco, is also an actor.

Director Francis Ford Coppola cast her in The Godfather Part III when she was a child.