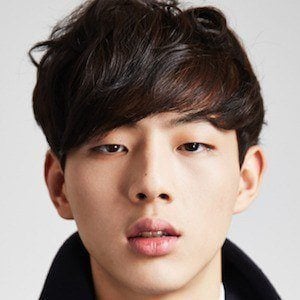 South Korean actor best known for the portrayal of Go Bok-dong in the 2015 series Angry Mom and as Kim Sang-wook in the series Fantastic. In 2019, he began starring in Netflix's My First First Love.

He got his start as a musical actor in middle school. He made his acting debut in 2009 in a stage production of Bong-sam Wasn't There.

He was a semi-finalist in JYP's 2012 open auditions where he placed second.

He has featured photos of his parents on his Instagram account. He suffered from osteomyelitis in September of 2016 but has since recovered.

He starred in the 2015 drama Cheer Up! alongside Jung Eun-ji and Cha Hak-yeon.