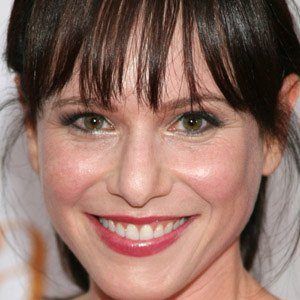 American actress, first recognized as Irene on Two Guys, a Girl and a Pizza Place.

She had her first taste of entertainment as a cheerleader in high school.

She was raised in Florida.

She has acted opposite Simon Baker in several episodes of The Mentalist.

Jillian Bach Is A Member Of