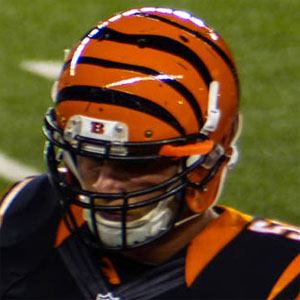 NFL linebacker and special teams player who signed with the Cincinnati Bengals in 2012.

He was named the Big East Conference Football Scholar-Athlete of the Year his senior season at the University of Cincinnati.

He played sparingly in 2013, but was used in 12 games, including the playoffs.

He was raised in Cincinnati with one brother.

He was teammates with running back Isaiah Pead at the University of Cincinnati, who also went on to reach the NFL in 2012.

Jk Schaffer Is A Member Of