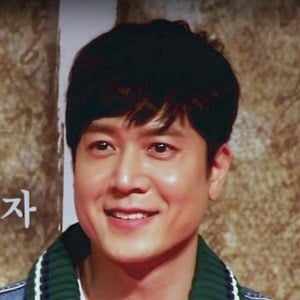 Actor who found stardom through his roles on a number of Korean and Chinese television shows, including Star's Echo, 49 Days and The King's Daughter. He made his film acting debut in the romantic drama Untold Scandal (2003).

He got his start in the entertainment business as a member of the boy band Guardian, who released their only album in 1998.

He starred in commercials for the sports drink Pocari Sweat in the early 2000s.

He married a former professional golfer in 2018.

He appeared with Jeong Jinwoon on the mystery series About Her.

Jo Hyun-jae Is A Member Of