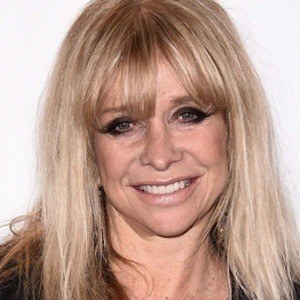 Former model and entrepreneur, she is best known as the creator of Jo Wood Organics, a fragrance and body care company. Amongst the companies many awards, she received high commendation from the Marie Claire Prix d'Excellence de la Beaute Awards. She is also well-remembered as the wife of Rolling Stones guitarist Ronnie Wood.

She began her career as a model in London, being named the Face of 1972 in The Sun. She continued her career until the age of twenty two.

She has had columns in Fabulous & Natural Health magazine and authored the book How to Look and Feel Healthy, Energetic and Radiant the Organic Way.

She was born to Rachel and Michael Karslake in Essex, England. She has a sister named Lize and two brothers named Vinnie and Paul. She has three children named Leah, Tyrone, and Jamie.

In her 2009 appearance in Strictly Come Dancing, she partnered with dancer Brendan Cole.

Jo Wood Is A Member Of