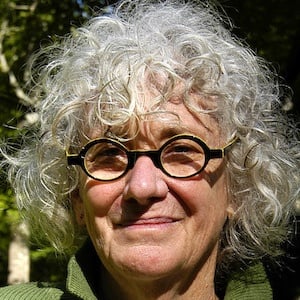 Abstract painter whose colorful, textured, politically themed pieces were exhibited at the Neuberger Museum. Her 30 paintings from the 2005 exhibit "Joan Snyder: A Painting Survey, 1969-2005" focused on the Holocaust and AIDS.

She was the recipient of both a MacArthur Fellowship and a Guggenheim Fellowship for her artistic work.

She married Larry Fink in 1969 and gave birth to a daughter, Molly, in 1979. Following her divorce from Fink, she had a relationship with Maggie Cammer.

She was influenced by Pablo Picasso.

Joan Snyder Is A Member Of