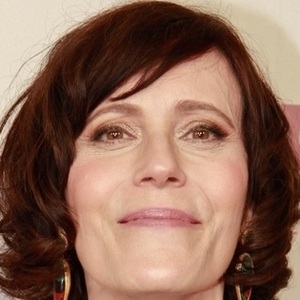 Actress who is known to television audiences for her recurring roles on such shows as Devious Maids, Orange Is the New Black and American Crime Story. She is also an experienced theater actress who has won acclaim for her performances in plays like Benita Canova and Deuce.

She graduated from Williams College in Williamstown, Massachusetts before earning a Master's degree from New York University's Tisch School of the Arts.

She won an Obie Award for Distinguished Performance by an Actress for her performance in the off-Broadway play The Boys in the Basement.

She appeared with Isabella Amara in the comedy film Alex Strangelove (2018).

Joanna P. Adler Is A Member Of