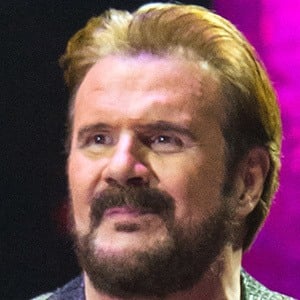 Argentine singer and actor who is best recognized for being a member of the band Pimpinela as well as Crystal Moon. He is also known for his popular songs "A Esa" and "Por Ese Hombre".

He first started his career in music as a member of the group Karmaba. He then went on to perform in Luna de Cristal. He gained further attention when he joined his sister Lucia Galan and formed the group Pimpinela.

He is also known for having founded the non-profit organization Pimpinela Hogar para la Niñez in July of 1996.

He married artist Viviana Berco and together they had a son named Francisco Joaquin.

Joaquín Galán Is A Member Of