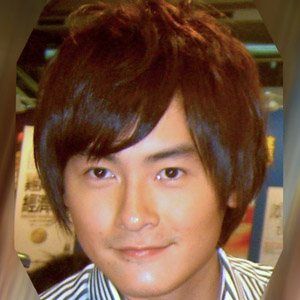 Recognized as a fashion model at the start of his entertainment career, he later exhibited his acting ability in such Taiwanese television series as Itazura Na Kiss (It Started with a Kiss) and The Rose.

Early in his career, he modeled for the Adidas and Puma athletic wear brands; he later appeared in runway shows for Christian Dior and Levi's Jeans.

In 2009, he recorded his first solo extended play album, Sing a Song.

He grew up in the western Taiwanese city of Taichung. His parents divorced when he was young, and he and his sister lived with one parent each.

He appeared in one of pop singer Jacky Cheung's music videos.

Joe Cheng Is A Member Of