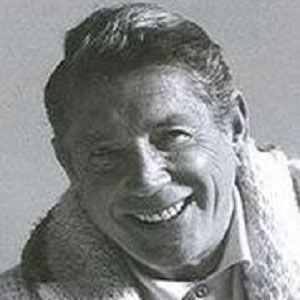 Remembered for his uncredited stunt work in numerous Dean Martin and Frank Sinatra films of the 1940s, '50s, and '60s, he is also known for his successful career as a professional boxer.

He offered his technical advice to the directors of boxing movies starring Elvis Presley, James Cagney, Tony Curtis, and other big names in the entertainment industry.

Born and raised in Brooklyn, New York, he was the younger brother of fellow actor Mack Gray. The siblings' great-nephew, Jon Abrahams, also had a successful acting career.

He was a close friend of Tropic of Cancer author Henry Miller.

Joe Gray Is A Member Of