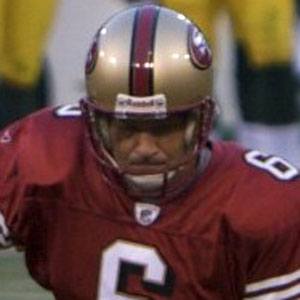 Former placekicker who played for 8 teams in his 14-season NFL career.

He went undrafted in 1996, after playing four seasons for San Jose State University.

He ended his professional career with a 80% field goal percentage and 314 points.

He had two children, Gabby and Cade, with his wife Gina.

Joe Nedney Is A Member Of