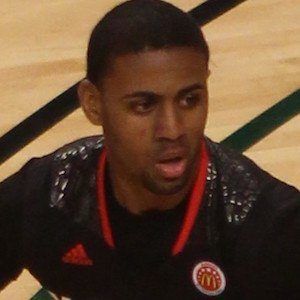 Three-time Florida Mr. Basketball and Gatorade Player of the Year who joined the University of North Carolina after his standout high school career. He was named Most Outstanding Player of the 2017 NCAA Tournament after leading UNC to a title.

He played at Lake Highland Prep in Florida, where he was also a Parade and McDonald's All-American. He earned playing time as a freshman at UNC, but was held back by injuries.

He was named Most Valuable Player of the 2016 and 2017 ACC tournament. He won a gold medal with the US at the FIBA World U17 Championship.

He was born to Joel and Kathie Berry and has a sister who was an athlete at Rollings College.

He and Marcus Paige were second and third on the Tar Heels in scoring during the 2015-2016 season.

Joel Berry II Is A Member Of