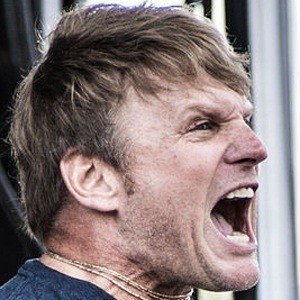 Musician and triathlete who is best known as the lead singer of the band Cro-Mags from 1984 to 1987. He also sang for Mode of Ignorance, Both Worlds, and Fearless Vampire Killers.

He grew up on the streets of New York while living between foster homes.

He was heavily involved with the Hare Krishnas at different points in his life.

His father was an alcoholic prizefighter.

His band Cro-Mags was birthed out of the New York City punk scene that was originally started by Johnny Ramone's band The Ramones.

John Joseph Is A Member Of