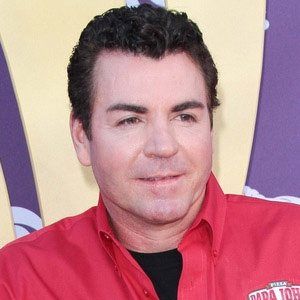 Founder, spokesman, and CEO of the pizza company Papa Johns, which he founded in 1984.

He invested in pizza-making equipment by selling his 1972 Camaro Z28.

He hosted a fundraiser at his house in 2012 for Republican Presidential nominee Mitt Romney.

He began delivering pizzas for his father's tavern Mick's Lounge. He had three children with his wife Annette.

He was a known critic of Barack Obama's Affordable Care Act.

John Schnatter Is A Member Of