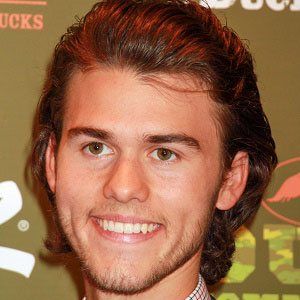 Son of Korie and Willie Robertson and one of the youngest members of the Duck Dynasty family. He led his church youth group and worked at a Christian youth camp during high school.

Duck Dynasty premiered on A&E in 2012 when John Luke was 16 years old.

His name does not appear on the opening credits of Duck Dynasty although he has a presence on the show.

He has five siblings: Sadie, Bella, Lil Will, Rebecca, and Rowdy. In 2015, he married Mary Kate McEacharn. On October 14, 2019, their son John Shepherd was born. In April 2021 they welcomed a daughter named Ella. The couple has also had a dog named Pippa.

He is the grandson of Phil Robertson.

John Luke Robertson Is A Member Of