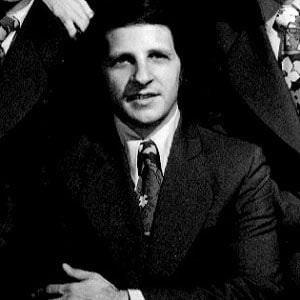 Remembered as the frontman of the popular music group Johnny Maestro and the Brooklyn Bridge, this tenor vocalist is particularly famous for his hit 1968 cover of the Jimmy Webb song 'The Worst That Could Happen.'

At the start of his career, he sang lead vocals for an interracial music group called the Crests, performing with Luther Vandross's older sister Patricia.

His Johnny Maestro and the Brooklyn Bridge group was formed when two earlier bands --the Del-Satins and the Rhythm Method -- merged.

Born John Mastrangelo, he spent his youth in New York City. In the last years of his life, he lived in Cape Coral, Florida.

Upon Maestro's death, Joe Esposito took over as lead vocalist of the Brooklyn Bridge.

Johnny Maestro Is A Member Of