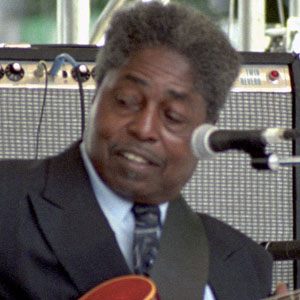 Blues guitarist and singer who played throughout the South and Chicago from the 1930s to the 1970s. He was signed to Chess Records and Vanguard Records.

He played slide guitar on the streets of Memphis as a child.

He was inducted into the Blues Hall of Fame in 1992, shortly after his death.

He was taught to play the guitar by his mother while growing up in Memphis.

He cited Lonnie Johnson as one of his early blues guitar inspirations.

Johnny Shines Is A Member Of