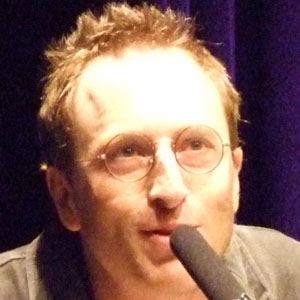 Documentary filmmaker and nonfiction author who wrote the 2004 book The Men Who Stare at Goats. His work has appeared in GQ magazine and The Guardian.

He published his first book, Clubbed Class, in 1994.

In 2013, he wrote an article titled "How to Be a Fake Celebrity," which featured Crowds on Demand, a public relations business founded by entrepreneur Adam Swart.

He married and had a son named Joel with Elaine Patterson.

His writings have been called Gonzo Journalism, a genre of writing spearheaded by Hunter S. Thompson.

Jon Ronson Is A Member Of