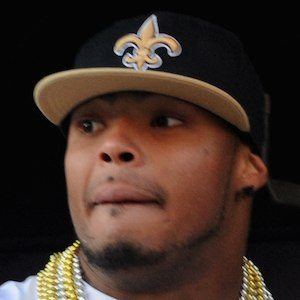 NFL linebacker who was signed as an undrafted free agent by the New Orleans Saints in 2009. He rewarded their decision in that year's Super Bowl when he recovered an onside kick in the third quarter that sparked the Saints' victory.

He attended the University of Wisconsin, where he was a defensive contributor all four years.

Although injuries limited him to 78 games in his first 7 years (including missing all of 2010), he won two Super Bowls in that time, one with the Saints and another with the Patriots in 2014.

He was born to Flash Gordon and Luz Casillas in Jersey City, New Jersey.

His first career interception came in 2015 on a pass from Sam Bradford.

Jonathan Casillas Is A Member Of