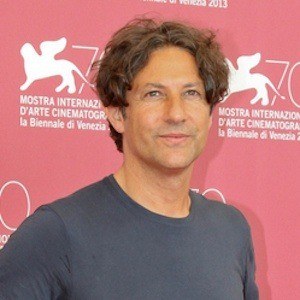 Director who first came to prominence in the 90s for directing highly-regarded music videos, including Radiohead's "Karma Police" and U.N.K.L.E.'s "Rabbit In Your Headlights." He later transitioned to feature films, directing award-winning movies like Birth (2004) and Under the Skin (2014).

He studied theater design at Nottingham Trent University and got his start making trailers for films and television shows.

He was nominated for MTV Video Music Awards for Best Direction for his work on "Karma Police" and Jamiroquai's "Virtual Insanity."

He directed Sexy Beast (2000), for which Ben Kingsley was nominated for an Academy Award for Best Supporting Actor.

Jonathan Glazer Is A Member Of