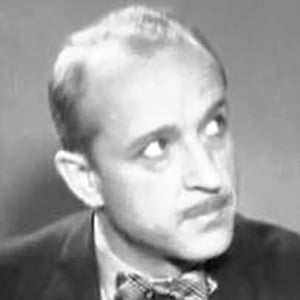 Canadian film actor who gained fame for his role of J.C. Dithers in the series, Blondie. His films include The Story of Alexander Graham Bell, Stampede, and The Steel Trap.

He was a member of the diplomatic service before he began acting.

He has appeared in more than 200 productions.

He was married and had two sons.

He starred with Sterling Hayden in the 1953 film, Kansas Pacific.

Jonathan Hale Is A Member Of